How to fix a broken headband on Surface Headphones

The original surface headphones were released in 2019, the same year I was awarded a Microsoft MVP and to celebrate the fact I bought ones for my self when I visited the Microsoft Campus in Seattle in March 2019.

They’ve worked without any issue for almost 4 years until the day the headband broke in half without a previous warning. Since the headphones had sentimental value and despite being broken into 2 pieces were still working, I’ve looked for a solution to fix them.

The first place I looked into was Microsoft, I had purchased the ear pads from them before, so I’ve checked if they sell other parts as well. Had no luck and so had to continue to search for a solution that could make the headset functional again and still make it look original.

Apparently the first edition of the Surface Headphones has a flaw in the headband design which make it break and I was not the first one experiencing it, and thankfully there were already 3D models ready to be printed to fix this issue.

How to 3D print the Surface Headphones headband

The model I used is available in the Thingsverse website here, and it is an almost perfect fit to the Surface Headphones.

As I don-t own a 3D printer, I used an online service available in Portugal to get it printed with the following definitions:

How to replace the Surface Headphones headband

Replacing the headphones headband is not an easy process I recommend you read the instructions below first and do it carefully to prevent causing more damage to the device.

With the headphones in a flat surface do the following:

In the picture bellow you can see the result of my refurbished Surface Headphones, hopefully ready to be used for a few years more. 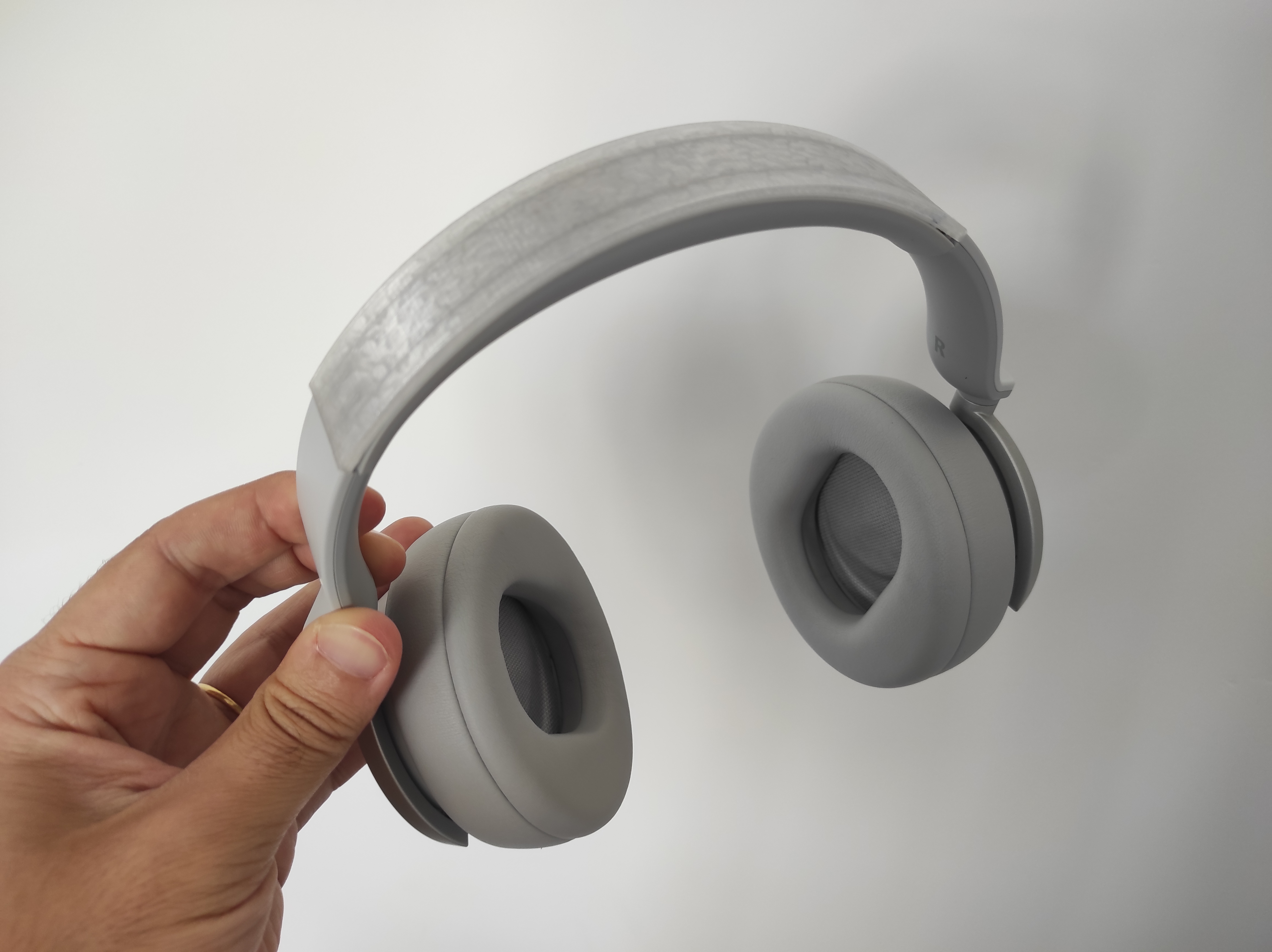 The process of replacing the headband is not straight forward but even doing it carefully for the first time and taking photos to document it, I was able to it in 30 minutes. The best part is that I’ve spent just 8€ to get it printed and shipped home.

I’ve been using them daily with the new band since August and they are holding just fine! 😀